Teletime Superstore, a five-unit independent furniture, mattress and electronics retailer has found a platform that not only raises its profile among consumers throughout its trading area but adds at least $1 million annually to its top line.

Teletime Superstore, a five-unit independent furniture, mattress and electronics retailer has found a platform that not only raises its profile among consumers throughout its trading area but adds at least $1 million annually to its top line. For the past eight years, it has been a major sponsor of and exhibitor at the National Home Show, held each year at the Enercare Centre here and the largest event of its kind in the country.

For JD Atthi, general manager of the family owned-and-operated business, the goal behind the decision to take on such a major role at the National Home Show – one of several held around the country, although the spring version in Toronto is believed to be the largest – was actually fairly simple. 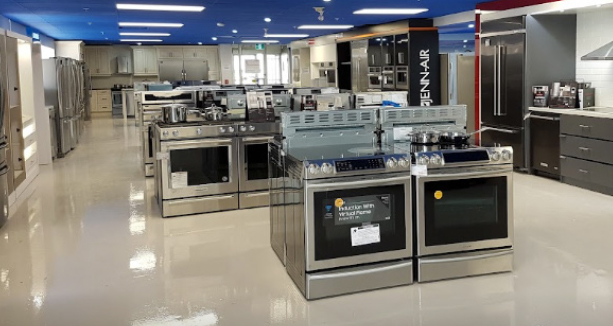 “We wanted our brand to be seen by consumers in the Greater Toronto Area,” he said in a telephone interview. “We want to show what we can do for the customer and we want to show we’re different from other exhibitors.”

Almost everyone of the 40-member Teletime Superstore team takes part in setting up the 3,600 square foot display, which features samples from each of the retailer’s product categories, particularly furniture, appliances and televisions.

The organisers of the National Home Show (NHS) – the Building Industry and Land Development Association (BILD) – state the event hosts some 500 exhibitors to the Enercare Centre each spring and over its 10-day long schedule attracts some 260,000-plus visitors. In all, there are about two dozen exhibitors displaying furniture, flooring, appliances, mattress and electronics. Some of the better-known exhibitors are Leon’s and Sleep Country.

“In that ten days we will write as much as $1 million in business,” Atthi said, giving Teletime the confidence to step-up as the only independent furniture, mattress, appliance and electronics retailer to be a NHS sponsor.

Teletime’s exhibit will display everything from high-end appliances to promotionally priced televisions and anywhere from 25 to 30 sofa samples. “We show a lot of product,” Atthi said, adding sales from the show has meant Teletime has delivered product to customers from across the Greater Toronto Area but across Ontario from London to Ottawa.

“The show has given us a lot of new customers,” he noted enthusiastically.

Teletime, which has been a member of Mega Group for the past five years, operates five stores including two in Brampton as well as one in each of Etobicoke, Mississauga and Kitchener.

Atthi noted the company doesn’t participate in in the fall edition of the Toronto Home Show as its too much effort for a three-day weekend event. He does, however, have a 7,600 square foot display at the Canadian National Exhibition (CNE), which will return as an in-person event this August.

The spring 2023 edition of the National Home Show will be held at Toronto’s Enercare Centre from March 10 to 19.

Michael J. Knell is the publisher and editor of Home Goods Online and all three of its platforms. All Mega Group members are entitled to receive its newsletter. Click here to subscribe.